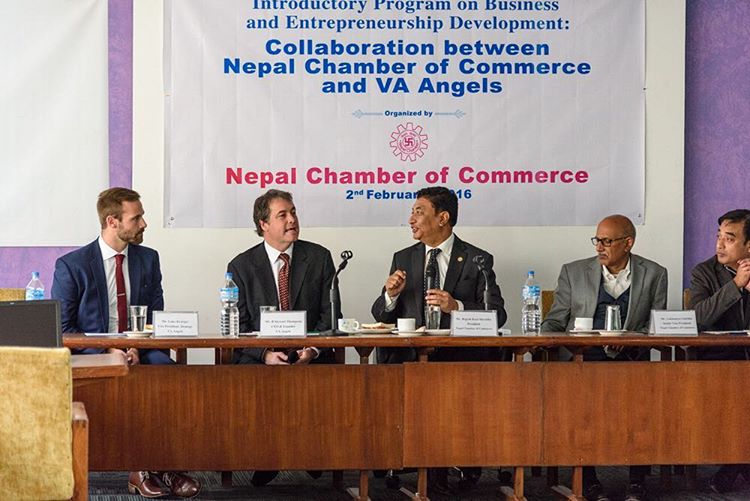 In 2002 I had just finished my biggest failure as an Entrepreneur, Khyber Pass Entertainment. I can write about that at another time, but the intention is to set this as a seminal moment in my career. I wasn’t used to failure at this time, and I was pretty sure it wasn’t my fault.

I set about fixing the above. With the support of the Government at the time- which was working on a similar thesis- we started the Alberta California Venture Channel (ACVC) and went to Silicon Valley, to see how the big dogs did it.

To say we were well received is an understatement. It wasn’t the thesis we were exploring, or any of the work we were doing, it was because we met  a number of really class people. In the first draft of this article, I listed them all. But I would have missed too many, or taken too much space as if this was some kind of Oscar acceptance speech.

They included a former Valley “Angel of the Year”(who has become a dear friend and lifelong mentor), a plethora of VC’s- Canadians and Americans, Telecom professionals, a passionate capacity builder and ex pat, a truly unique personality and a classic old school networker who was building Angel networks, economists and academics, and countless others who should be offended that they werent mentioned!

They gave willingly of their time, came to Western Canada, went to Banff Venture Forum, and introduced me to formal Angel Groups, specifically Randy Williams at Keiretsu Forum. “K4” also became a huge support, mentoring local Canadians who thought they might want to finance startups , but hadn’t financed any at that time.

We started a small Keiretsu group in Calgary, then Edmondton (again I have taken out the names, but you know who you are- heroes of the early formal angel movement) and started showing deals. In the first six meetings our Valley friends were in attendance. Other deals were getting done outside the formal angel space that led to big exits for those local angels, which also made the ecosystem healthy.

I learned a ton. None of you will be surprise to hear Khyber Pass was totally my fault, and I lost some investors money even though I said I couldn’t find any locally.

What was a surprise, at least to me, was that all the issues we needed to solve in Western Canada had the answers and resources readily available and accessible locally. Many of you have heard me say that money is the easiest thing to find when you are a good deal, and that was true here at home. I think the issue in a lot of these communities is that while the resources are readily available, tying them together, creating community leadership, and ensuring confidence has to be “sparked” from somewhere! There is a lot of work being done currently in this space, specifically read Brad Feld’s “Startup Communities.”

We spent time teaching entreps not to suck, the government and the Start up community emerged as deal generators and market access partners, and voila! the investors showed up. I also saw how poor our local deals were, as the Silicon Valley cohort mentored local companies about what it meant to be “Valley ready”.

Alberta currently has at least four Angel Groups, at least five VC firms (although we have lost some momentum on this front) and an active industry association, a mentoring group in the A100, and healthy startup communities in Calgary, Edmonton, and now Medicine Hat. VA Angels has funded $40m in deals, the VCs have done a similar amount, and we have had some interesting exits, which is developing a new generation of internal mentors, investors and capacity builders. It’s a healthy ecosystem. Maybe this would have happened on its own, but some of the local investors needed some coaching on startup investing, a lot of the entrepreneurs continue to need coaching on how to become investment grade, and the startup communities have stolen liberally from the Brad Felds, etc of the world- more mentoring!

But here is the point of the article – in communities outside of the big seven or eight (San Fran, New York, Boston, Vancouver, add your own if you think your healthy) I hear there isn’t a startup mentality/ecosystem, there isn’t local capital, and there isn’t access to customers, problems we have started to overcome in Western Canada. I’ve worked in 30 communities in five countries and this is a standard message.

So we have started a program to “Pay it Forward”. We are going to take North American and European Angels into communities that want to work on the forementioned issues. So far we have 9 invites from communities in the Global economy that would like YOUR mentoring, your talent and your fearless adventuring DNA that led you to be an entrepreneur and an investor in your community.

It feels like we have hit a nerve, but I remember how hungry I was early on to do it right.

I know the world changes. I’m not sure if formal Angel Groups make sense in the established communities, I’m not sure the VC model is healthy, and I’m certainly not sold on matching sites and crowdfunding. But these are “first world problems” for communities that graduated through the “Community 101” program. There are still places that don’t know how a Series A works, even though they know what it is by looking it up on Google. They just don’t have any colleagues that have practical experience with the technical aspects of growing a scalable business into corporations.

I’m looking forward to the opportunity to being on the giving end of info now. If your interested in joining us, please reach back to me via email. The thought is to go into those 9 communities with up to 10 mentors per community, which means we are trying to recruit 90 extraordinary people who’s experience, talent, and capital can make the kind of difference our mentors, now friends, from the Valley gave to us early on.

I’ll never forget those of you who took their time to get my home ecosystem to a place where its our turn to be useful to others.

Email:
info@valhallaprivatecap.com
Valhalla Angel Forums
Valhalla Basecamp
Valhalla Private Capital
Become a Sponsor
We use cookies to ensure that we give you the best experience on our website. If you continue to use this site we will assume that you are happy with it.Ok